Some Important Decisions To Make About Installing A Water Softener

Once you've decided to install a water softener, you're going to have to make a few important decisions. Here's a break down of some of these choices you'll be facing, with some tips to help you make the best decision for your family. As a note, while there are several types of water conditioning systems that are sometimes advertised as softeners, for the purposes of this piece 'water softeners' will refer strictly to ion-exchange softeners.

Some water softeners have a timer that will regenerate your softener at set intervals, depending on your household's average usage. Others have a flow meter that will regenerate when you have used a certain amount of water. Units that come with a timer are generally a little less expensive than metered units, but they can also waste water by cycling before they need to. A timer unit may be a good choice for a household that doesn't have a lot of variance in usage from month to month. If your usage is a little more variable, a metered unit will help you waste less water and salt.

Most systems can use either sodium chloride or potassium chloride as the salt, though some areas may restrict it to one or the other. There are some important factors in making a decision, here. If someone in your household is particularly sensitive to sodium or potassium, you may want to go with the one they're not sensitive to. There is generally a fairly minor presence of the salt in your drinking water, and it might be below their threshold, but that's a conversation you may want to have with them and their doctor.

Setting aside that factor, sodium chloride is generally cheaper. However, there are some areas of the country that are actively combating the salt levels in the water supply. In fact, the Public Policy Institute of California refers to salt in the water supply as a pollutant, and in some places the use of sodium chloride in water softeners is banned. You definitely want to check local rules and regulations regarding this before you make your decision.

The size of your system is going to depend entirely on two things. The first is what you've got the budget for, and the second is how much water your household uses. When doing your budgeting, keep in mind that installation labor costs are generally $200-$500, according to homeguide.com. Take a hard look at your water usage over the last year, disregarding any months where unusual life circumstances affected your usage. For example, if you had a water using appliance break down, or a flood due to a pipe breaking, those could throw your numbers off. If you can't afford a softener that will keep up with peak usage, you should at least aim for a softener that keeps up with your average usage. 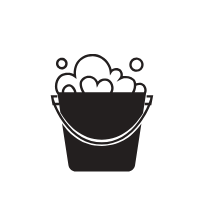 In terms of disease, it is always better to take a preventative approach. Some of that falls on your shoulders, of course. You should get a good night's sleep and eat well so your body is better able to fend off pathogens. However, the sanitation industry also plays a huge role in disease prevention. Within this industry, there are departments that regulate everything from food temperatures in restaurants to the way sewage is managed. All of these protocols help protect us from disease. We are really thankful for the work of people in the sanitation industry, and we aim to draw more attention to their work on this blog.

Read in about 3 Minutes